If you’ve ever read Richard Dawkins’ book ‘The Greatest Show on Earth’ or seen his Channel 4 series ‘The Genius of Darwin’ then you may readily recall the rather surreal interview that Dawkins conducted with an American creationist named Wendy Wright.

If you’ve not seen the series or read the book then pretty much the entire interview ran along these lines:

Wright: There’s no evidence for evolution.

Dawkins: Patiently gives example of a piece of evidence that demonstrates evolution.

Wright There’s no evidence for evolution.

Wright was, as still is, a poster child for the kind of wilful ignorance that some religionists display in the face of scientific evidence which contradicts their beliefs and that observations leads me neatly onto a recent post by the religious blogger Cranmer which nicely demonstrates that Nadine Dorries hasn’t quite cornered the market when it comes to utterly cretinous contributions to the debate surrounding abortion.

To save time, I’ll skip Cranmer’s preamble with its obligatory photograph of a severely premature neonate; the back story is that a constituent of David Lidington wrote to their MP and has a good old whinge about abortion after reading the Telegraph’s recent story about sex selective abortions, from which point I’ll let Cranmer take up the story.

By way of response, Mr Lidington, a practising Christian, simply forwarded to his constituent the letter which he received from Anne Milton MP at the Department of Health. There were no further comments: Mr Lidington did not disassociate himself from any of Mrs Milton’s assertions on abortion, which is strange, not least because her letter referred to a number of ‘findings’ on the ability of a 24-week-old baby to feel pain, with which Mr Lidington does not agree.

Actually, this isn’t strange at all.

Lidington is currently the Minister of State for Europe and therefore obligated to follow the official government line in public or resign his position, regardless of his private views on such matters. By forwarding Milton’s letter without further comment, Lidington is sending an implicit message to his constituent – this is the official policy but not necessarily one that I personally agree with.

Cranmer goes on to add:

She reiterated these findings to Mr Lidington’s constituent, saying:

1) The fetus cannot feel pain before 24 weeks because the connections in the fetal brain are not fully formed.

2) The fetus, while in the chemical environment of the womb, is in a state of induced sleep and is unconscious.

3) Because the 24-week fetus has no awareness and cannot feel pain, the use of analgesia is of no benefit…

While Mrs Milton is simply quoting the Royal College of Obstetricians and Gynaecologists, it is evident that this is the DoH ‘line to take’.

Cranmer omits the fourth point from Milton’s letter, which is that there is a need for further research into the short and long-term effects of using fetal analgesia after 24 weeks gestation but otherwise the DoH is basing its position on the expert opinion of one of the Royal Colleges of Medicine which, in turn, is based in its own evaluation of the best available scientific evidence, which is only what you’d expect a responsible Health Ministry to do.

Cranmer is, to say the least, not happy with this situation for reasons which speak volumes about his own lack of expertise in this area.

But it is astonishing that they are adamant that the baby being aborted feels no pain. It is an unproven assertion and epitomises society’s callous attitude to the killing of human life. Indeed, looking at some of the research done into foetal pain, especially by Dr Peter Saunders, Anne Milton’s letter appears dishonest and prejudiced.

Oh dear… Cranmer’s getting his ‘evidence’ via Peter Saunders and thinks that Milton’s letter is dishonest and prejudiced.

I say ‘via’ Peter Saunders because, contrary to the impression that Cranmer is trying to convey, Saunders has done no actual research into foetal pain whatsoever. Saunders is a retired general surgeon, not a neonatologist – and he’s certainly not a neuroscientist either – and the ‘research’ to which Cranmer refers is nothing more than an article on his personal blog in which he uncritically reports the contents of an editorial by Dr Martin Ward Platt – who is a neonatologist at Newcastle Royal Infirmary – which criticises and disputes the findings of RCOG’s working party on foetal awareness.

I dealt in some detail with Ward Platt’s editorial last year and, to be frank, I wasn’t much impressed by his argument or his approach to the scientific evidence. In essence his entire argument boils down to nothing more that the old argument from personal incredulity. The scientific evidence and the neuroanatomical evidence in particular – which Ward Platt fails to address at any kind of meaningful level – contradicts his ‘everyday experiences’, i.e. what he thinks he sees while performing his day job, and so he chooses to disregard the evidence entirely.

That, I’m afraid, is the full extent of the ‘research’ on which Cranmer is basing his claim that Milton’s letter appears to ‘dishonest and prejudiced’; a single, poorly argued, editorial article.

Some people might have the sense to quit there, but not Cranmer whose next gambit really doubles down on the stupid…

The Bible is quite helpful on this matter. When Mary found herself pregnant with Jesus, we are told by Luke (1:36) that her cousin Elizabeth was six months (24 weeks) into her own pregnancy. And this ‘foetus’ appears to be able to be able to respond to stimuli (v41).

And it came to pass, that, when Elisabeth heard the salutation of Mary, the babe leaped in her womb; and Elisabeth was filled with the Holy Ghost.

While Zeus was married to his first wife, the Oceanid Metis, Metis soon became pregnant. According to a prophecy at that time, Metis would bear a son who would pose a severe threat to Zeus, so right after Metis revealed her pregnancy, Zeus fearfully swallowed her in order to protect his kingdom.

Nine months passed by and then suddenly Zeus started feeling a strong pain in his head and asked the Gods’ smith Hephaestus to comfort him. Hephaestus obeyed and opened Zeus’ head with an axe, without hurting him though and out of Zeus’ head sprang goddess Athena. She was already an adult and in panoply, holding a shield in her hands and uttering warlike cries! 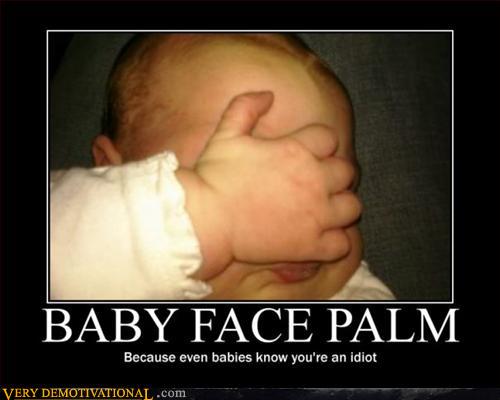 6 thoughts on “Cranmer and Foetal Pain”