When ‘Rape Humour’ can be justified

For a while, I’ve been pondering over writing a post on the subject of rape humour and when it can and cannot be justified.

I got as far as digging out a rather good paper on humour during the Holocaust, which goes some way to illustrating some of the situations in which I think ‘rape jokes’ can be justified, and then two things happened this week. 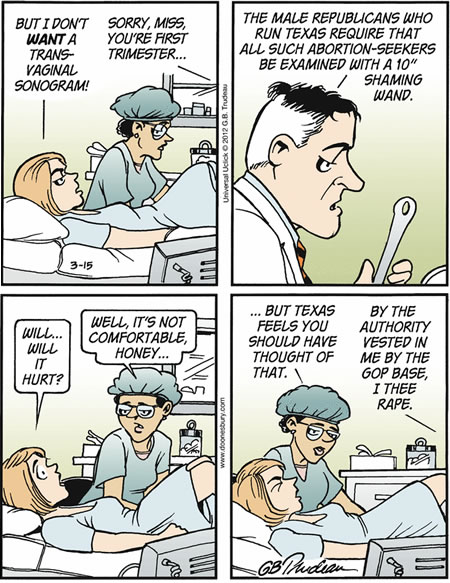 The doctor and nurse were professional and kind, and it was clear that they understood our sorrow. They too apologized for what they had to do next. For the third time that day, I exposed my stomach to an ultrasound machine, and we saw images of our sick child forming in blurred outlines on the screen.

“I’m so sorry that I have to do this,” the doctor told us, “but if I don’t, I can lose my license.” Before he could even start to describe our baby, I began to sob until I could barely breathe. Somewhere, a nurse cranked up the volume on a radio, allowing the inane pronouncements of a DJ to dull the doctor’s voice. Still, despite the noise, I heard him. His unwelcome words echoed off sterile walls while I, trapped on a bed, my feet in stirrups, twisted away from his voice.

I closed my eyes and waited for it to end, as one waits for the car to stop rolling at the end of a terrible accident.

When the description was finally over, the doctor held up a script and said he was legally obliged to read me information provided by the state. It was about the health dangers of having an abortion, the risks of infection or hemorrhage, the potential for infertility and my increased chance of getting breast cancer. I was reminded that medical benefits may be available for my maternity care and that the baby’s father was liable to provide support, whether he’d agreed to pay for the abortion or not.

Abortion. Abortion. Abortion. That ugly word, to pepper that ugly statement, to embody the futility of all we’d just endured. Futile because we’d already made our heart-breaking decision about our child, and no incursion into our private world could change it.

Finally, my doctor folded the paper and put it away: “When you come back in 24 hours, the legal side is over. Then we’ll care for you and give you the information you need in the way we think is right.”

A number of well-intentioned but deeply misguided people have posted comments on the Doonesbury site to the effect that Garry was wrong to use rape a punchline in his cartoon.

The article in the Texas Observer explains exactly why, on this occasion, that assertion is wrong.

Keen-eyed observers might also notice that the State of Texas also requires doctors to give women false information, the claim that abortion is linked to an increased risk of breast cancer.

This is all being done on the pretext that it ensures that women are ‘fully informed’ when making the decision to have an abortion, a point that needs to a borne carefully in mind the next time Nadine Dorries starts banging on about ‘informed consent’ on this side of the pond.

4 thoughts on “When ‘Rape Humour’ can be justified”